On October 12-14, the ATLAS project held its third and final Consortium meeting.

On this occasion, all of the project’s operational, institutional, and research partners, as well as representatives of the World Health Organization (WHO), and representatives of recipients of the Global Fund to Fight AIDS, Malaria, and Tuberculosis, were gathered in Saly, Senegal.

On the agenda were an update on the overall progress of the project, a presentation of research findings, and collaborative work around transition and scale-up action plans.

After a long period of 18 months during which the teams had not been able to exchange face-to-face because of the Covid-19 pandemic, all the project actors were satisfied to be able to share their experiences again and to discuss together the lessons learned and results.

The first day was an opportunity to share information on the challenges / progress of HIV self-testing (ADVIH) at the international level and more specifically in West and Central Africa, data presented by Anne Bekelynck, from WHO. As a result, between 2017 and 2021, nearly four times as many countries have implemented HIV-DNA programs, with 136 countries now having at least one strategy in development (including 20% of West and Central African countries), compared to 112 when ATLAS was launched. According to the WHO, ADVIH should now be offered as an approach to HIV testing services, not as a complementary strategy.

Clémence Doumenc Aïdara, ATLAS Project Director, and the country project managers then presented the status of the implementation of the activities, including more than 300,000 kits distributed, almost half of which were in Côte d’Ivoire, and two-thirds of which were targeted at female sex workers. The project’s operational lessons also tell us that nearly half of the kits were given to women between the ages of 25 and 49, that more than 1,400 people have been trained in dispensing, and that 170 sites are now operational.

The second day was devoted to research. Since the beginning of the project, studies have been carried out in five workpackages to document the social, epidemiological, economic and political impact of the introduction of ADVIH in the three countries of action of the ATLAS project. After two years of study, initial results are available, demonstrating that self-testing is a feasible, sustainable, and impactful HIV testing strategy, reaching people who were not reached by conventional testing strategies. These research findings, which were previously discussed on October 7-8 at the research meeting, also held in Senegal, are generating high expectations among partners for reliable data to inform the next steps in national self-testing strategies.

Scaling up and transition were on the agenda of the third day, and were the subject of collaborative work, allowing the elaboration of the first versions of transition plans in each country, in order to facilitate the operationalization of this transition, and thus identifying the obstacles and opportunities to the implementation of a self-testing strategy at the national scale. The ATLAS project’s support for national scale-up in the final 9 months of the project was also discussed to identify our partners’ expectations. 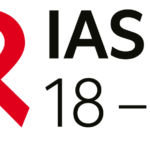 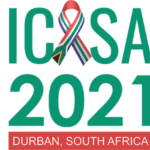