Since the beginning of the project, the research team, coordinated by Joseph Larmarange (CEPED-IRD), has been working on five work packages (qualitative survey on key populations, anthropological survey on the screening of partners of PLwHIV, coupon survey, economic component, modeling component). With some preliminary data from this research now available, the ATLAS project teams organized dissemination meetings in April and May as part of the knowledge transfer activities.

These workshops brought together the project’s national partners, as well as actors involved in screening and more broadly in the fight against HIV/AIDS, and made it possible to present the operational advances, involving the ATLAS project partners who also presented their own feedback. Preliminary research results were also made available to all stakeholders in order to provide them with useful elements for the implementation of self-testing strategies.
Marc d’Elbée, from the London School of Hygiene and Tropical Medicine, presented the economics aspects of the project, including an expected reduction in costs from $17 to $10 per kit provided at scale.
Odette Ky-Zerbo, from the TransVIHMI/IRD IMU, presented data from the key population survey conducted at the beginning of the project. They expressed a rather favorable attitude, but with some doubts due to lack of knowledge. Additional components of this survey are being conducted to assess changes in the perception of HIV self-testing following its deployment.
Finally, Sokhna Boye, from CEPED / IRD, presented the results of the survey she conducted on the self-testing of partners of PLwHIV, which revealed the difficulty of proposing HIV self-testing to one’s partner when the status has not been shared, and the need to work on the patient’s circuit in order to avoid longer consultations by providing the self-testing kit.
The discussions that followed these presentations allowed the ATLAS project teams to specify the modalities of its knowledge transfer strategy, in order to ensure that the data disseminated will be adapted to the needs and recipients, and their appropriation facilitated. Deliberative workshops will be held between late 2021 and early 2022 to continue knowledge transfer, and further presentations by ATLAS investigators will take place at the International AIDS Society conference (virtual conference, July 18-21).

Find the presentations of the preliminary research data (in French) : 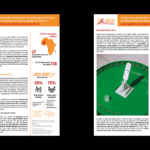 Integrated approach and demand creation, the ATLAS project capitalizes on its experience